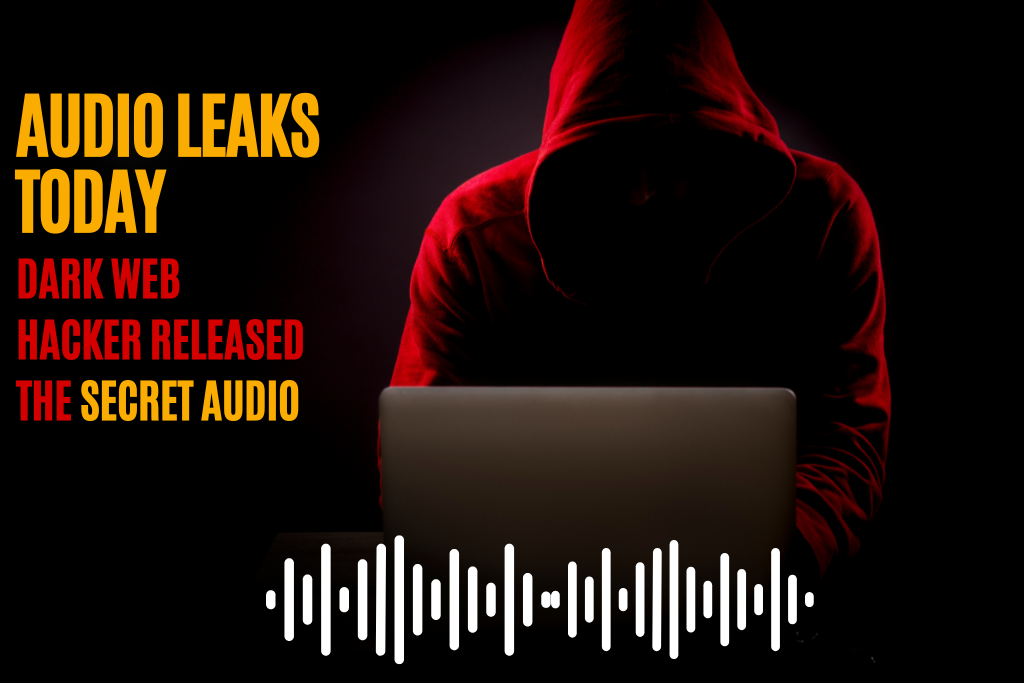 The story started some days ago when Dark web posted the audio of Shahbaz Sharif, Maryam Nawaz, and other party leaders online. Read this article to know about Today’s audio Leaks.

The social media lover called the day 30 September 2022 Explosive Friday. The Hacker who became the HERO of youth said he will release the secret conversations of the Prime Minister’s house on Friday. This announcement makes the day an Explosive Friday.

The audio leak is the trending topic of this week. We have heard experts claim that certain government, private and civil-military websites have been hacked too, and then their data is now posted on the Dark Web.

Aim of The Hacker

The Hacker cleared that he is only concerned with the betterment of the country and nothing else. He declared that he will release all the audios on Friday if he will not see any progress or commitment toward the country’s development.

You must be curious about the audio leak—whose audio is leaked and what is the central point of their conversations. Well—the previously posted audio included the voice of journalists, the PM military head, government officials, military personnel, and communication between the first family and extended family. The conversation compromised of the judicial appointees, orders by the personnel, and schedules with foreign dignitaries.

Audio hackers warned certain civil-military stakeholders by his tweets once he released the first audio. And, big populaces are eagerly waiting for the next explosive.

Explosive Friday And The Indishell

Hacker updated his post and announced that he will release all zipped audio files on Friday (09/30). The reason for releasing the audio is undisclosed. Hacker clarifies that he will not accept any offer. His decision is final and no negotiation will change his intention.

Our previous Information Minister Fawad Chaudhary claimed that the Dark web consumed $3.5 million to purchase the PM Shahbaz Sharif conversations. This claim makes people think it is possible to buy a conversation tape rather than hacking.

After Fawad Chaudhary’s claim, hackers made a surprising revelation. On Thursday 29 September. His post was revolving around the scandalous audio Leaks of the PM’s office.

Hacker is famous by the name ‘INDISHELL’ add another tweet on the sequence:

“Of two Islamic countries that don’t recognize Israel, the smaller one facilitated the bigger one to acquire controlled software from the Jewish state. The smaller country is headed by a female.”

There is an Israel-based company named ‘Hacker for Hire’ that gives its services to government and intelligence agencies over the globe to spy on their dissidents, activists, and rivals. This Hacker for Hire company has developed spyware called Pegasus to spy on everyone. This headline was roaming for one month.

Indishell said in his series of Tweets that Strategic Plans Division Officers, ISI, ISSRA, and the PS-COAS formed a secret delegation and went to the smaller state to execute the procurement. Hacker said this small estate facilitates the large state to have this spyware. This state offers that they will provide training and gadgets in their agreement.

Pegasus is a kind of spyware that is injected into the victim’s device.  When this spyware becomes active, the device acts according to the surveillance.

Hacker revealed that a few years ago, phones of Political heads, senators, judicial members, secretariat, executives, federal or provincial legislators, and journalists were latched with Pegasus. Even though they surveilled all middle and top men. Indishell cleared that the PM office was never peeved.

Audio Hacker announced further that the audio snippets are used for different purposes. Military use these audio snippets regarding their political loyalties and a tug of war is instigated within different fractions of the military.

Indishell declared that when a general supported the current government and made a campaign for them he was being relocated then. His removal forms a gap and no one will fill the gap. The end of the Hacker was highlighted where he said the military has the upper hand over its civilian counterparts. Here, Indi shell warned certain army generals that your time is up Gen.

Audio Hacker said that he has a tranche of audios similar to the army. He has everything the military has collected for many years and he will instigate the game on Friday.

In the era of socialist media and the craze of being trendy, people dig out unique ideas. Audio Hacker or Indi shell is one of those ideas. Many people think this is all fake as someone or some people trying to misguide the Pakistani residents. This Hacker wants to confuse the people to create a mess in the country. Maybe he will post some fake audios to disturb the peace of Pakistan or maybe it is true. Our intelligence is working on this trending hacker tweet and claims, we will heat the fact soon.

Automobile Donations To Charity – How To Deal With Tax Deductions?

What Imran Khan Did After Coming In Government

10 Tips for Hiring the Best Local Moving Companies in NYC

Why Web Based Package Tracking Software Are Trending In The Market