Organic Turmeric Curcumin: What Is It, Its Properties, And How To Take It 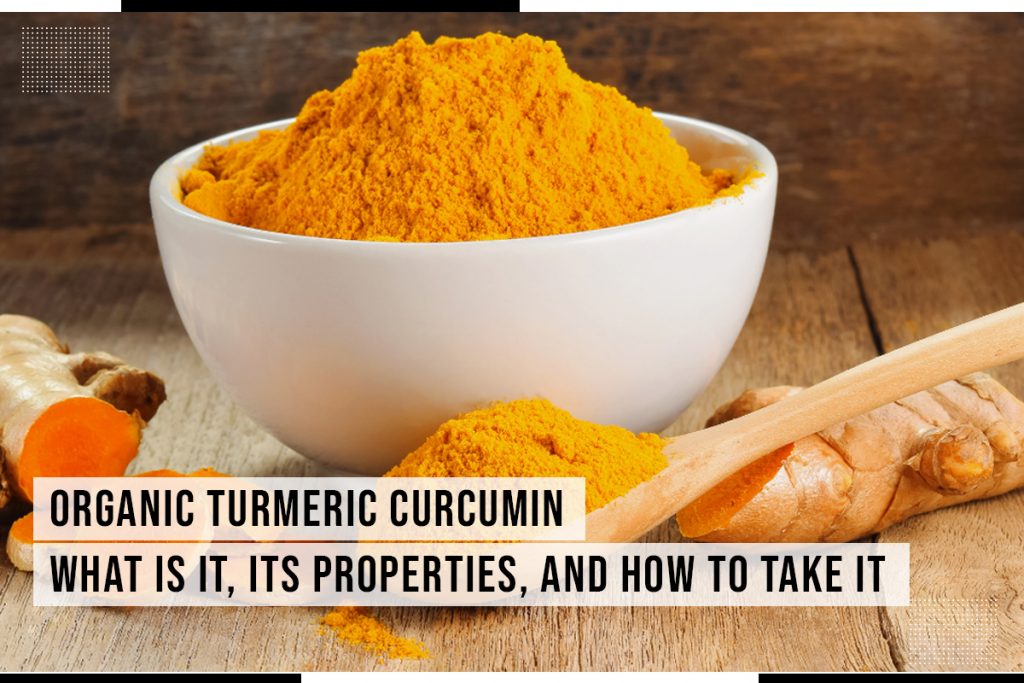 Organic turmeric powder can also be used as a natural remedy to improve gastrointestinal problems, fever, treat colds and even reduce high cholesterol. Turmeric is an aromatic spice used in cooking to flavor different dishes. However, its properties and health benefits have not gone unnoticed by natural medicine. Intense yellow and with an unmistakable smell, this spice comes from the orange root of an herbaceous plant belonging to the ‘Zingiberaceae family located in India and Indonesia.

Its scientific name is ‘Curcuma longa,’ and it has a historical tradition. In fact, there is evidence that its earliest uses date back to 610 BC to 320 BC when it was used as a dye for wool thanks to its intense yellow-orange color. Later, it was adopted by Indian gastronomy as a food coloring, to give a peculiar flavor to meals and for being part of the popular curry.

The Origin of Organic Turmeric Curcumin

Organic turmeric curcumin is a plant with long, shiny leaves up to 1 meter tall and has long roots that are orange or deep yellow. Interestingly, Organic turmeric is one of the ingredients of curry, which is another condiment widely used in Indian cuisine. Its scientific name is Curcuma longa, and it can be bought in natural products stores, pharmacies, and markets.

The main properties of Turmeric organic are its anti-inflammatory, antioxidant, antibacterial, and digestive action and, therefore, this plant could provide various benefits for the body such as:

Also, Organic Turmeric can be used to lower blood cholesterol levels, inhibit clot formation, and relieve premenstrual symptoms. The active ingredient in turmeric is curcumin, which is studied to treat skin wounds such as burns. Its study is being included in gels and ointments for topical application, presenting excellent results.

How to take Organic Turmeric

The most widely used part of Organic turmeric curcumin is the Organic Turmeric powder that comes from its root to season meals. However, its leaves can also be used in the preparation of some teas.

Turmeric tea: Place one teaspoon of turmeric powder in 150 ml of boiling water and let it steep for about 10 to 15 minutes. Then you should let it warm; drink up to 3 cups a day between meals.

Turmeric capsules: generally, the recommended dose is two capsules of 250 mg every 12 hours, totaling 1 g per day. However, the dose may vary according to the problem to be treated;

Turmeric gel: mix a tablespoon of aloevera with Organic turmeric powder and apply to inflamed areas of the skin, as occurs in psoriasis.

Turmeric is prized for its culinary properties and the health benefits attributed to it. In addition, to improve the absorption of antioxidants from the root, turmeric can be consumed with oils, such as olive, coconut, or avocado oil, for example.

7 Places For Strawberry Picking In The UK